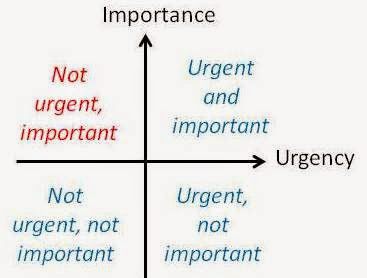 Earlier today I was reading a post from Esme Wang (http://journal.esmewang.com/why-neurologically-success-doesnt-stick-and-how-to-get-it-to/) in which she wrote about how our brains remember failure and criticism much more readily than we remember our successes. Then I got an email from a graduate school friend asking if I would be interested in joining a roundtable at an upcoming conference to discuss the different metrics for “success” at different types of institutions.

Next week is the last for this iteration of TLQ, and I know when I look back at what I set out to do 17 weeks ago, I will lean toward my failures before I take account of my successes. So before we get there, take this week to mark and celebrate a success from this season. Whatever it might be. Remember that creating small habits is also a big success because we sustain those habits.

Loud and proud, what do you want to remember, going forward, that was a success for you? Writing about it will help your brain remember.

Dame Eleanor Hull
1. Finish paper and don't make an ass of myself at the conference.
2. Finish the syllabi (in Tom's Midnight Garden, maybe; some mythical 25th hour of the day, anyway).
3. Spend time with family, spend time outside.
4. Keep being careful about food and telling servers what I need.

Good Enough Woman
1) Spend at least 30 minutes per day on editing (footnotes, bibliography, or the switch from North American to British punctuation and spelling: curses on these differences!)
2) Work late Wednesday and Thursday evenings.
3) Finish draft of Chapter 4.
4) Do "final" revisions and editing for Chapter 1 (so I'll have something complete under my belt).
5) Help daughter prepare for Saturday's craft faire at the library.
6) Complete registration paperwork for kids by Monday night.
7) Make sure kids are ready for school in a week!
8) Be present in the classroom for my students, but do the bare minimum when I'm not in the classroom.

humming42
I have set daily deadlines, so the RBP goals for the coming week are to get through to the end of Chapter 3 and have the first three chapters ready to submit. That will be more than halfway done. There is a TRQ abstract that I will finish tonight, so I won’t officially include that for the week ahead.

Jane B
1) to be deliberate in what I do and say, and in the choices I make (The Slow Professor says that's a mark of a resilient academic, and key words I'd use to describe what unbalanced, stressful days feel like include rushed, pressured, reactive, firefighting. So let's try and have the theme of the week be the opposite of that...).
2) to do one thing-that-is-good-for-me and screen and words free every day - go to the gym or do some decluttering or do some crafting
3) do 5 hours of peripheral writing related to research - e.g. commenting on a draft I'm a co-author on, free writing, planning for work

KJHaxton
1. dig out research tool for scary project, make alterations, seek ethical extension if appropriate and get it ready to go.
2. try and clean the silk screen, prep and make a new run of prints (I have so many ideas brewing)
3. get sufficiently through semester prep without making my office messy.

Susan
1. Put notice on course website about assignment for first class. (I was hoping to put up a draft syllabus, but it's much too drafty!)
2. Finish comments for roundtable on Friday.
3. Send off tenure review
4. Pay bills
5. Do ironing/ pack/ etc.
6. Make trivial changes in notes while traveling.